Food insecurity in Ottawa has been exacerbated by the pandemic. Parkdale Food Centre is one of many local organizations that have worked incredibly hard over the last nearly two years to safely provide food to all those who need it. With the support of partners like Carleton Dining, Parkdale Food Centre has been able to not only maintain its service offerings but expand them. Their dignified, people-oriented approach to addressing hunger is helping re-imagine the traditional “food bank”. 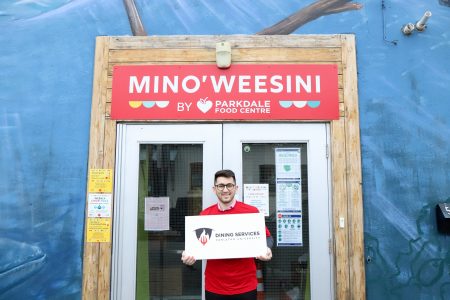 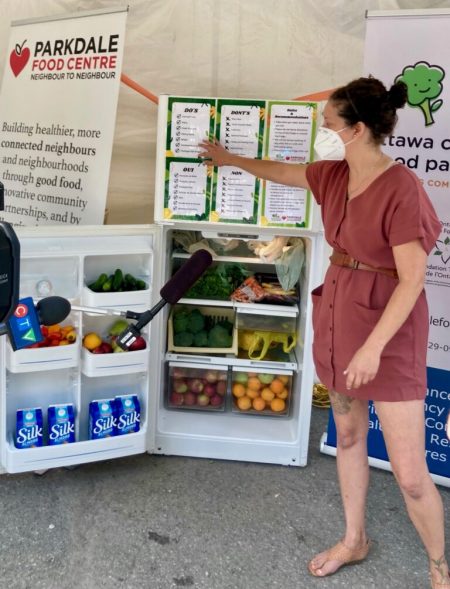 The community fridge outside Parkdale Food Centre is a 24/7 barrier-free resource where individuals can access perishable and dry goods that have been donated by fellow community members. The fridge struggles to stay stocked, serving as a clear indicator of the need that exists. Parkdale Food Centre recently conducted a “Knowing Our Neighbours” survey, where they spoke with over 400 members of the community. The survey found 51% of respondents accessing Parkdale Food Centre’s services went hungry in the past 12 months because they could not afford enough food.

A short documentary film was created to help tell the stories of these Neighbours:

Sitting At The Table – A Human Right to Food 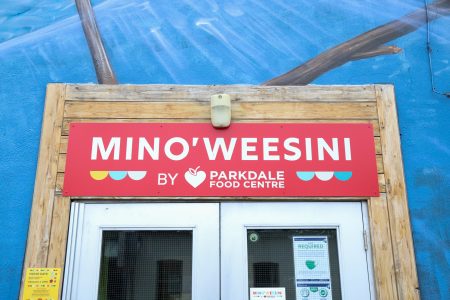 Mino’Weesini has become the home of all of Parkdale Food Centre’s food provision services, while community engagement programming continues to be run just a few blocks down the street out of their original location on Rosemount Avenue. 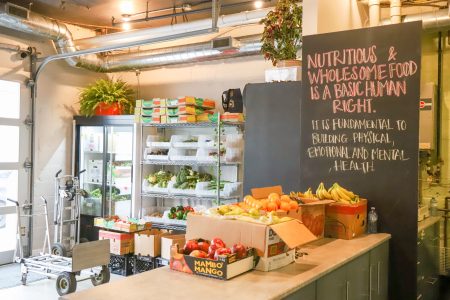 Carleton Dining was able to provide more than $7,000 in grant funds to Parkdale Food Centre this fall, the majority of which went towards the outfitting of Mino’Weesini. The funds helped with the purchase of shelving, tables, and organizational infrastructure. The space and layout of Mino’Weesini have made it easier for Parkdale Food Centre to receive, store and distribute food. 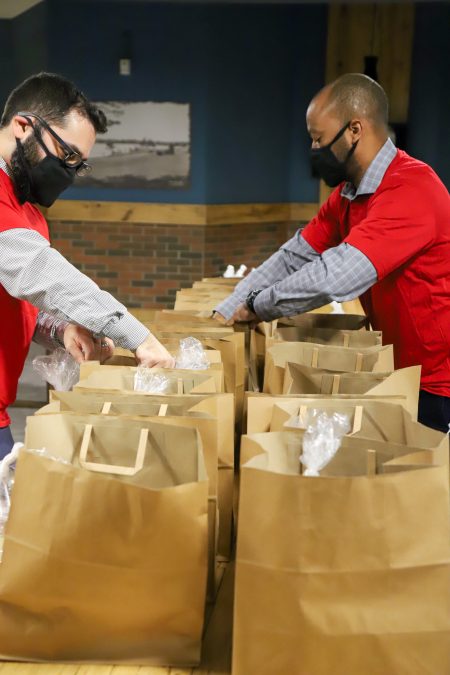 Carleton Dining was also able to partner with one of Parkdale Food Centre’s weekly cooking classes, At Home with Anna. Every week, Neighbours across the city virtually prepare a recipe together from their homes with the guidance of Parkdale Food Centre Chef, Anna March. Chef Daniel and Chef Ricci served as guest chefs on At Home With Anna. They designed three unique but simple tofu recipes for the class to help participants develop more confidence in the kitchen with plant-based proteins. A team of Carleton Dining staff helped organize and pack the recipe kits beforehand, which were then delivered to participants. The class was a great opportunity for our team to share their love for cooking and connect with community members.

Carleton Dining is proud to support Parkdale Food Centre in their mission to eradicate hunger in the Ottawa community and look forward to future opportunities where our team can help champion their work. 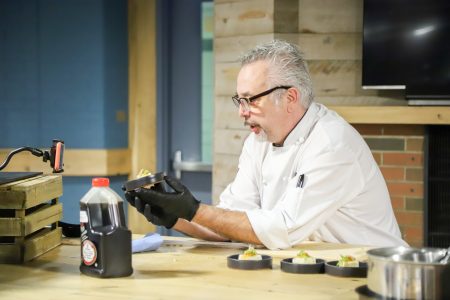 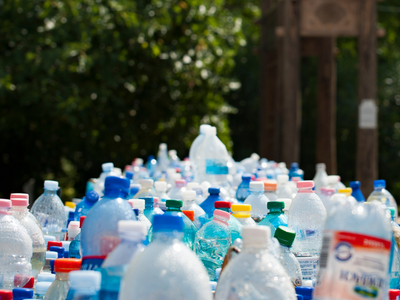 The plastic ban has begun! Get ready to see more sustainable packaging on campus this year. On December 20, 2022, the Government of Canada banned the manufacture and import of... More

The start of a new year is often a time of reflection, resolutions and goal setting. To make nutrition related changes that last, make sure your goals are SMART. You’ve likely... More

The holidays are here! A time filled with gatherings, celebrations, and food. But the holidays can also bring stress and anxiety, especially when it comes to food. It can be... More